So I have a faithful planner that I really liked from grad school, but since it was an academic planner, it ran out in August. I'm also a bit broke right now, so as much as I wanted a shiny new planner (I'm such a sucker for those), it wasn't really an option. However, I am a chronic notebook hoarder, and I had a rather embarrassing amount of those about, so I decided to make one. 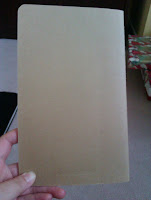 I started with a regular old brown Moleskine (I say "regular old", but I love them because the paper is so great to write on), and once I get some stuff out of boxes in the basement, I'm going to put one of my photos from England on the cover. Knowing me, I'll probably end up doodling all over the back cover too at some point...
The notebook is obviously too small for an entire year, but it's exactly the right length for August to December, so that worked out perfectly once I figured out how to lay it out. That took me some time... I'm really not good at coming up with things like layouts... (though I found some inspiration on the ever reliable Pintrest, and in the features I liked best from planners past).

I put full-month calendars at the front, and I must say that I'm rather pleased with how they turned out:

I might have gone a bit overboard with October...it's sort of my favourite month... I just can't help it. All the leaves changing colours, and the crisp, cold air, and just how bright the sun is and how blue the sky. I love it. 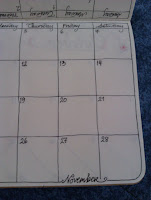 Went a little more low key for November, mostly because there was simply no room anywhere, and because I run out of patience fairly quickly. (Most of the planner is still actually a work in progress beyond the actual bare bones, I've only really decorated August, but I'm sure I'll get there eventually.) But then, I also think the simplicity of the writing is fitting for an elegant month. I've always thought of November as an elegant month. I really couldn't tell you why. Either way, I think it turned out alright in the end! 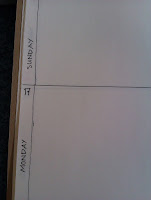 The day-by-day planner part is pretty standard. In order to fit all the way until the end of the year, I had to do three days per page, rather like the old Moleskine planner I had all through undergrad. 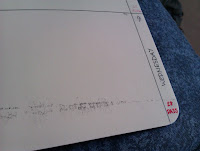 Of course, since I'm putting whatever I want in it, I've added stuff like the countdown until opening night of the NHL season between the Habs and Leafs... Unfortunately, some of the pages also got smudged because I forgot to wipe off my ruler. Oops. Things to do differently if I ever do this again! 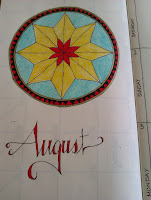 Perhaps my favourite part to do, however is (and will be, when I finish the others) are the pages at the beginning of each month. I haven't done designs like that in a while, and had forgotten how fun (and easy) they are. However, I'm probably going to have at least one page of Celtic knots run wild. Because this is me we're talking about. I'm fairly sure at least... November will be like that. 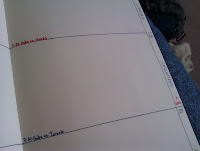 Naturally, I'm also putting in things like the Habs game schedule (or in this case, the preseason schedule). And that's pretty much it! I'll probably update this post later with the actually finished product, since hopefully, it'll look nice.

That's it for today! Hopefully next week I won't have a headache when I go to write my blog post, and can come up with something a little more exciting!

Some of my favourite sites